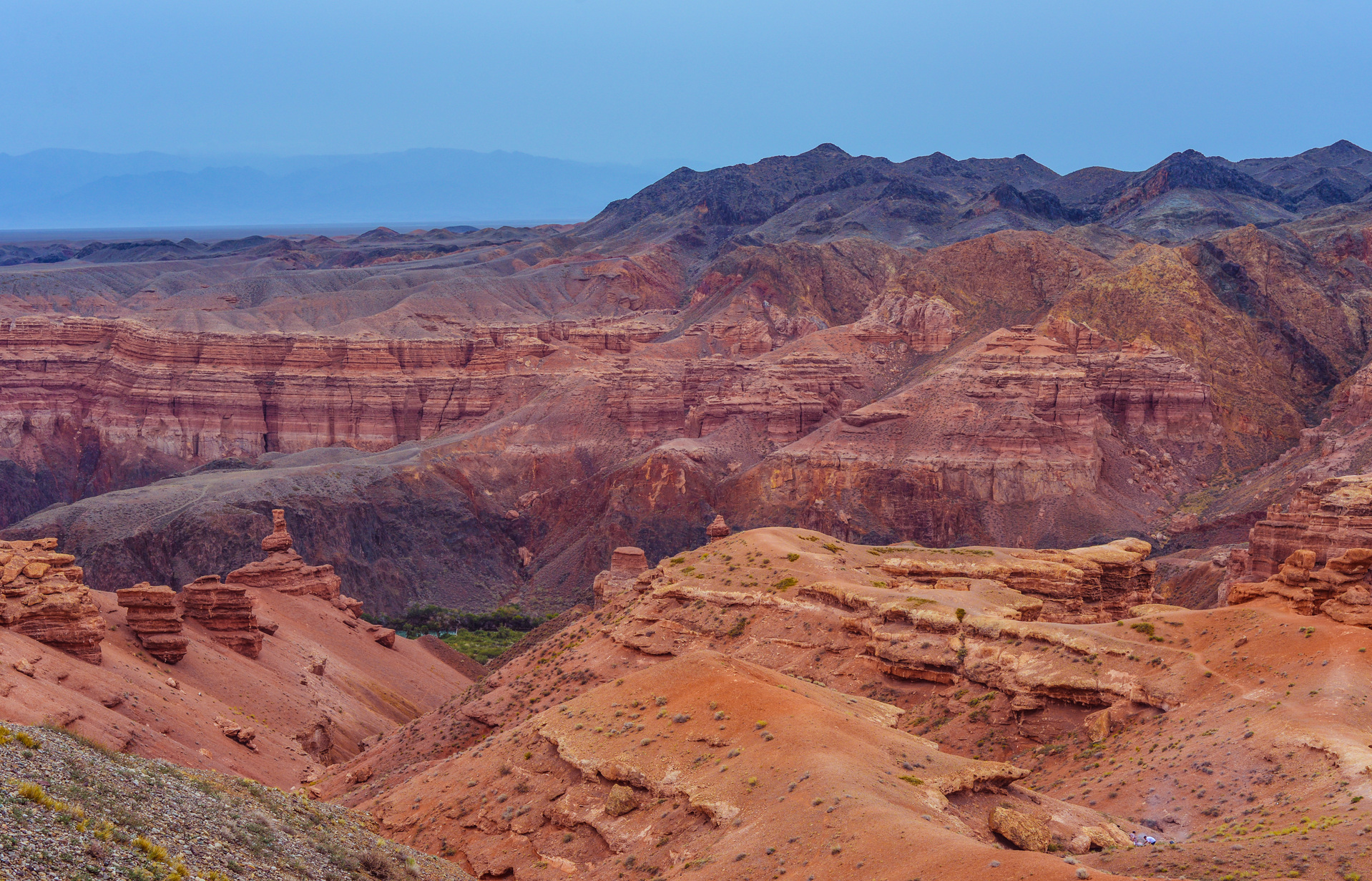 We begin Lent in the wilderness, in the desolation of the desert in a world broken by sin. It begins there as a reminder that Jesus is transforming this world by his presence in and with it. Lent begins in the wilderness so that by the time we see Jesus enter into hell and death itself on the cross, we will have a firm sense that somehow – by a grace and a power we cannot imagine – he will leave even those places changed. With his presence, Jesus will bring life to the desert of our lives and our world.

Before Jesus, John the Baptist was in the wilderness declaring the fulfillment of prophecies to restore God’s creation and bring about salvation. Then Jesus arrives shortly after and, upon being pronounced God’s son, he is literally and violently thrown into the desert to deal with wild animals, Satan, and, ultimately, himself. The same word that was used in Genesis to describe what existed just before creation – chaos – is also used here to remind us that the wilderness is not ordered and neat the way we like our lives to be. In the desert, Jesus must not only survive but also restore order and bring life out of desolation. The person of Jesus is the same Word that hovered over the waters in the beginning, bringing order and life out of chaos. Here again, the Word, the second person of the trinity, is in the chaos to wrestle with the darkness and restore order.

In Mark’s gospel Jesus doesn’t say a single word in public before he is tossed into the wilderness. It’s as though Jesus has to confront and overcome the evil in the world before he can proclaim that the Kingdom of God has drawn near. As the one who bears the Kingdom with his presence Jesus must first become a witness to the suffering of this world.

I believe this is true in our lives, as well. We gain credibility with others and are given the privilege to share in their pain and in their lives only after we have struggled in wildernesses of our own. In The Wounded Healer, Henri Nouwen writes “Our service will not be perceived as authentic unless it comes from a heart wounded by the suffering about which we speak.” We cannot, with any real credibility, talk about healing without first acknowledging our suffering. We recognize one another as trustworthy witnesses by the scars we bear. Twice Jesus shows the frightened disciples his scars (John 20:19-31) and he allows Thomas to touch them so that he will be assured that it is Jesus he is seeing. The people we serve and love will recognize us in much the same way.

Lent is a time of preparation reminiscent of Jesus’ time in the desert. How we deal with the darkness in our own lives will determine whether or not we are invited to see the darkness in others’ lives. When we confront the evil that exists within us we become credible witnesses to the suffering of others. Only then are we truly invited in to share the good news of God’s grace.

This Lent, I pray you will experience moments of great clarity about the wildernesses in which you live and serve as well as deep joy in the knowledge that Christ has been through the wilderness and has left life in his wake.

Blessings in the New Year