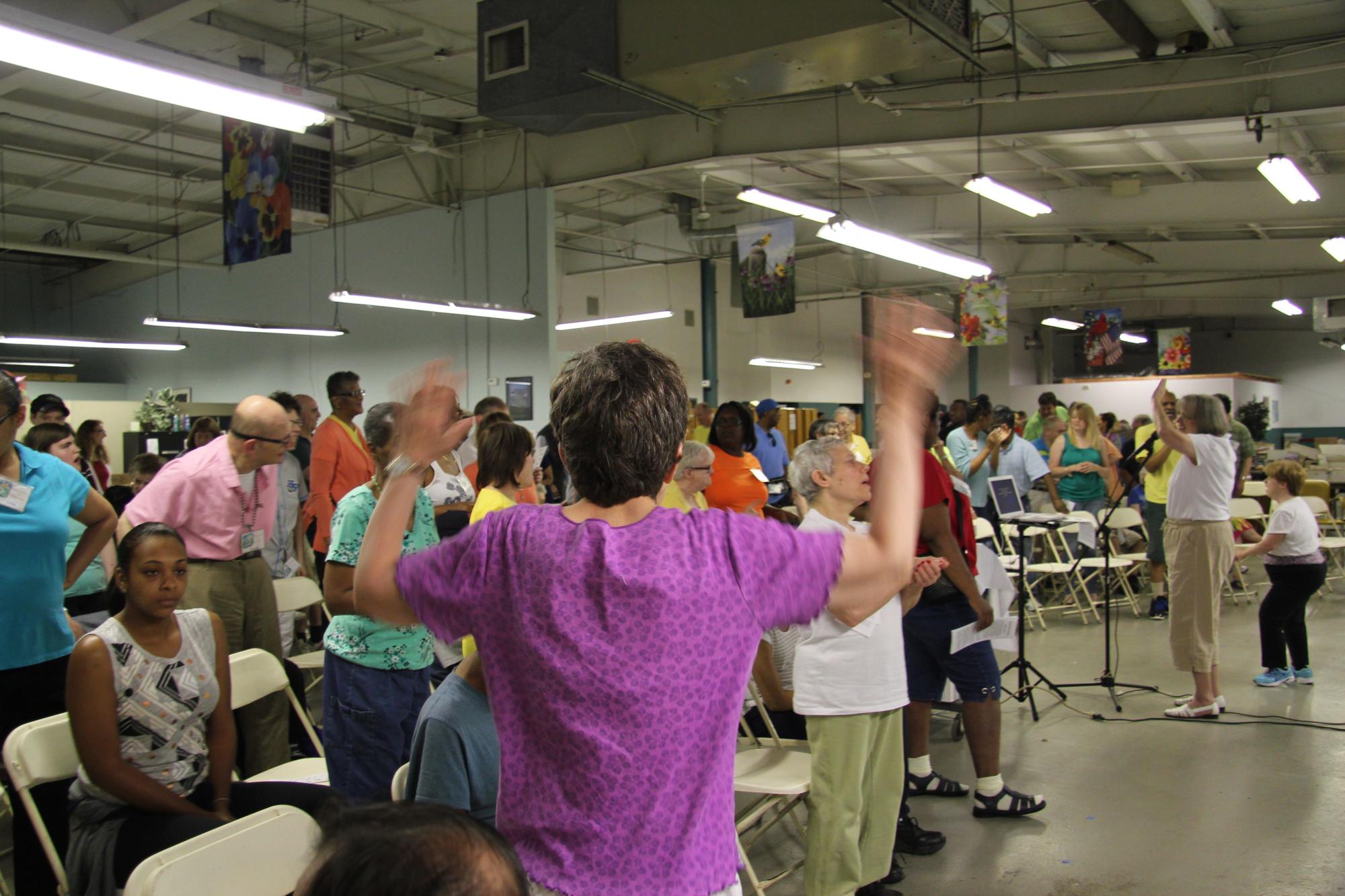 About a decade ago, the Revs. Steve Dambra and Mark Mast planted a church in Dutchess County, New York, called Journey. It was seeded by several families from Hopewell Reformed Church in Hopewell Junction. But about a year in, Dambra recalls, “we realized we weren’t getting any traction.”

From the end of one journey, though, came the beginning of a new and unexpected one. One of the members of the fledgling congregation, the mother of a son on the autism spectrum, came to Dambra with a question: Had he ever considered holding a worship service for people with special needs?

Dambra and his team began contacting local organizations that provide services to people with various kinds of disabilities to inquire about what kinds of spiritual resources were available to their clients. One of the most chastening moments was when the staff of one agency said that they did in fact have something: a Catholic priest whom they called whenever they needed a funeral performed for someone who had died. “That was the only spirituality any of these people saw, felt, or experienced,” Dambra says. “We felt convicted we needed to at least give it a try.”

What began as a service for a handful of men from one group home is now a congregation that gathers as many as 150 worshippers every week. Called Odyssey, it meets at the Arc of Dutchess, a social-service agency in Poughkeepsie that serves and advocates for people with intellectual and developmental disabilities. The Arc provides a workshop space that’s converted every Sunday into a sanctuary.

The development of a radically accessible worship service required much trial and error. “We had to adjust basically everything,” Dambra says.

That began with how people were welcomed at the door — a reminder that hospitality means vastly different things to different people with different needs. “Most of the time, if you go to a traditional church, they’ll have greeters who will shake hands and welcome you very cordially,” Dambra explains. “Some of our folks don’t want to be touched. So you need to ascertain who it is you can reach out and shake hands with, and who you just smile at, and who you can throw your arms around. We had to get used to knowing who the folks were.”

Sermons couldn’t be more than seven to ten minutes long, to account for shorter attention spans, and most contain just one central, cogent point. Upbeat, energetic music seemed to work best for most of the congregation, yet they also had to allow room for folks with extreme sensitivity to noise, including some on the autism spectrum that can’t tolerate any music at all. (There is space made for those worshippers to take a break from the main service, while others walk around during praise time.)

The disabilities that the congregants bring into Odyssey are dizzying in their diversity: Some come in wheelchairs, some are nonverbal, some cannot move physically on their own, while some have conditions that aren’t visibly discernible. Dambra says that their biggest mistake early on was underestimating the capabilities of the congregants: “We felt we were ministering to people with special needs, and the big mistake was not recognizing how capable special-needs people can be if given the chance.” Today, those in the congregation lead prayer, serve as greeters, usher, and serve communion. One woman is on the leadership team. And one man has even preached. “He came from a Baptist background growing up,” Dambra says. “He would pray these very deep, very articulate, Spirit-filled prayers.” When given a chance at the pulpit, he unleashed a powerful sermon about forgiveness.

Odyssey has also added a monthly Bible study for the entire congregation as well as a monthly social evening, “an opportunity for folks to come together from the different group homes strictly for fellowship, to hang out, to have some fun,” Dambra says. Some group homes also host smaller Bible studies.

While Odyssey functions as a separate congregation, it remains a ministry of Hopewell Reformed Church. Because of the financial limitations of the congregants, it would be extremely difficult to achieve self-sustainability, despite generous gifts from several donors outside Odyssey as well as the support of the Classis and the Regional Synod. But Dambra does hope to grow leaders from within the worshipping ranks “to have it more representative,” he says. “This is really a beautiful collection of God’s people.”

That beautiful collection of God’s people has something to offer the broader church too. By their very presence, they preach to us about the wideness of God’s welcome. And by their blossoming in this sacred space, they encourage us to see them as whole human beings, loved fully by God. They aren’t issues, they aren’t causes, and they aren’t defined by their disabilities—they are unconditionally beloved children of God.

Yet that is not how they are always seen, perceived, or received. So perhaps Odyssey might also collectively help us envision what it means for every believer to have a full role in the life of the church, unhindered by stereotypes and biases. In other words, true belonging. “My prayer,” Dambra says, “is that someday Odyssey will be out of business — that we won’t need an Odyssey Church because people with disabilities will be fully welcomed and accommodated at all our churches. That doesn’t seem to be the case right now. So it’s essential that they have a place where they are welcomed, valued, and respected — and feel God’s love in very tangible ways.”