The Shameful Wall of Exclusion (Part I) 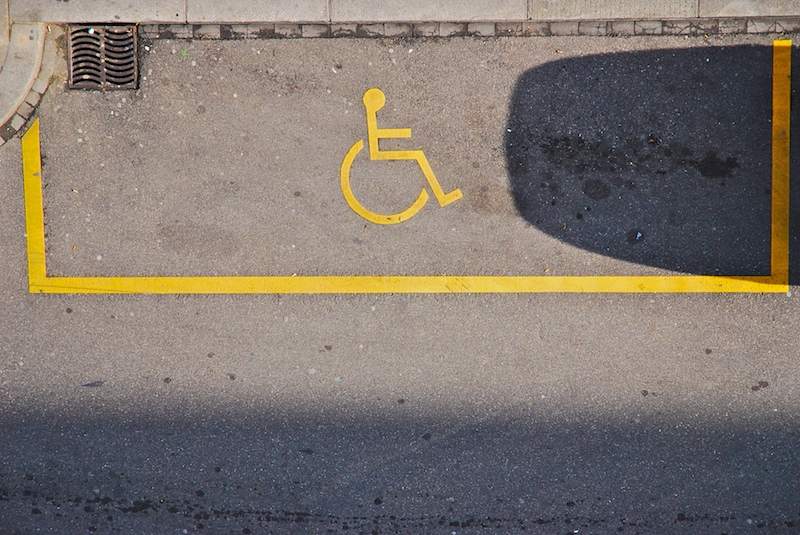 28 years ago today, President George H.W. Bush signed the Americans with Disabilities Act (ADA). Leading up to this anniversary, RCA Coordinator for Disability Concerns Terry DeYoung has shared resources and information that churches may find helpful as the RCA continues to work toward full ADA compliance and a church where everybody belongs. Please take some time to read and share the information below.

“Let the shameful wall of exclusion finally come tumbling down.”

The ADA mandates that local, state, and federal governments and programs be accessible, that businesses with more than 15 employees make “reasonable accommodations” for disabled workers, that public accommodations such as restaurants and stores make “reasonable modifications” to ensure access for disabled members of the public. The act also mandates access in public transportation, communication, and in other areas of public life.

Although religious organizations in the U.S. and the entities they control are exempt from some sections of the law, as institutions of faith we have always been governed by the mandates of love and justice.

Three years ago, on the eve of the 25th anniversary of the ADA, RCA general secretary Tom De Vries and CRC executive director Steve Timmermans signed a joint declaration to “resolve that the Reformed Church in America and the Christian Reformed Church in North America will continue to work toward full ADA compliance in our communities and toward accessible, welcoming congregations and ministries, where everybody belongs and everybody serves.

We still have work to do!

As we approach Thursday’s ADA anniversary, I’ll be emailing to you as staff some links to short videos about the ADA, along with a bit of background and commentary that you may find helpful as we continue to work toward full ADA compliance and a church where everybody belongs and everybody serves.

Here’s the link to the first video (barely 2 minutes long), produced by the White House on the occasion of the 26th anniversary in 2016.

The Americans with Disabilities has had a huge impact on the lives of lots of people, not only those of us with disabilities.

Today I invite you to spend a few minutes learning more by listening to Tom Harken, a retired United States senator from Iowa and an architect of the legislation signed by President Bush in 1990, and Joseph Shapiro, a regular NPR contributor and award-winning journalist (No Pity: People with Disabilities Forging a New Civil Rights Movement is a must-read for understanding the disability rights movement that led to the ADA).

Many of the millennials are part of the “ADA generation” — those who have not known life without the ADA. For the church to be relevant and missional, given what North Americans have grown to expect in all parts of their lives, embracing the spirit of the ADA is crucial to becoming an inclusive, welcoming church where everybody belongs and everybody serves.

To read Part II of these articles, click here.