The Key to Happiness 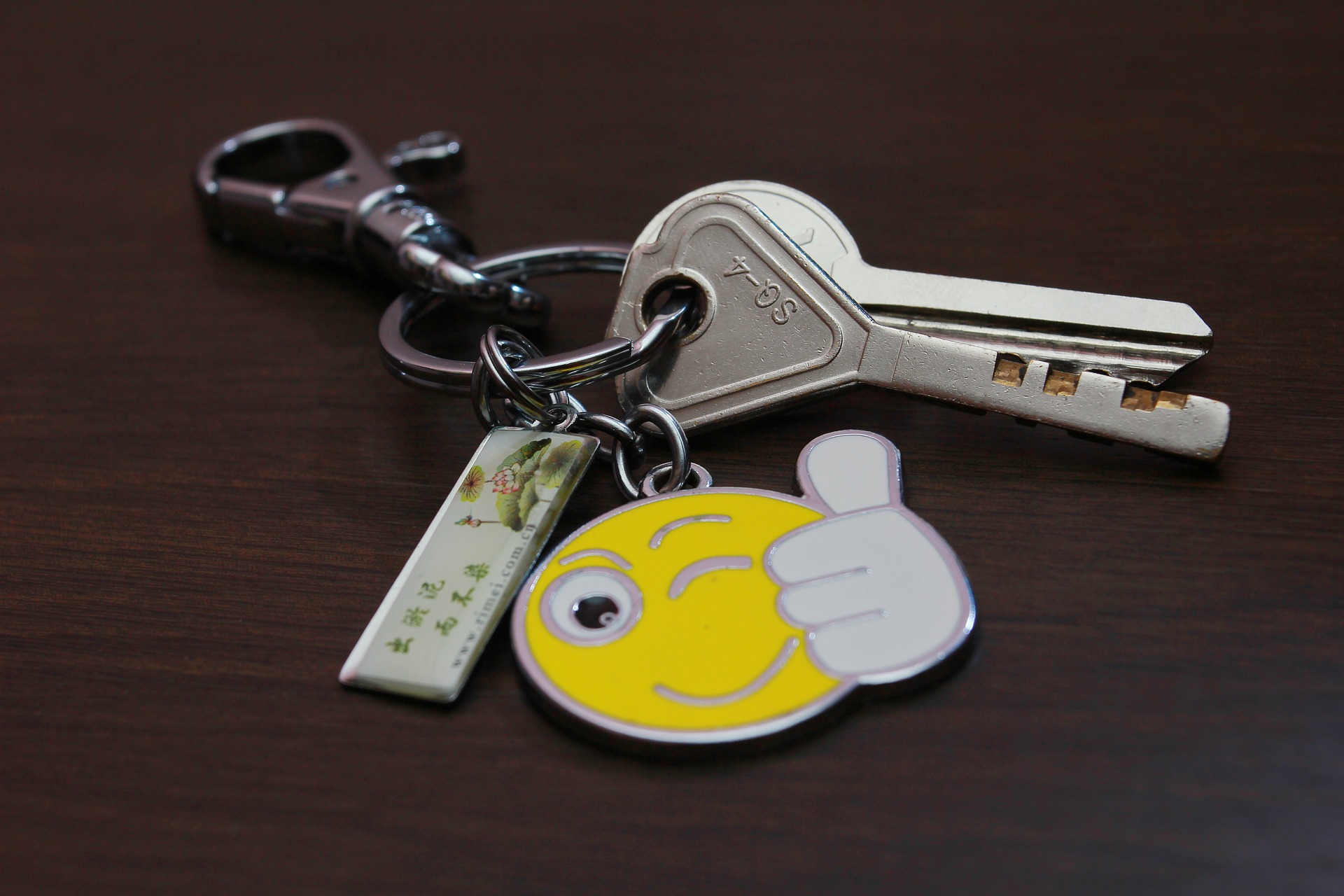 I got a call a while back from my best friend in college. We had not spoken in forty years and we took a good hour catching up on our lives. During our talk, he said something which unsettled me. He said he always admired my ability to deal with my problems without feeling self-pity. I was unsettled by this comment for two reasons. The first was that my friend was making the assumption that people who experience difficulties would be expected, by necessity, to feel self-pity. The second reason was that my friend, a card carrying atheist, had missed out on the whole point of life itself. The idea that happiness is achieved solely through pleasure, comfort and wealth is as American as apple pie and baseball. Debbie used to work for a lawyer who always said “he who dies with the most toys wins”. This is obviously absurd as we all know people who have so little in this world and yet are quite happy. Conversely, we all know people who have nothing but good things in their lives yet they are miserable. How then are we to be happy in this world? Fortunately for us, Jesus had the answer.

When I first moved to New York, I was an unemployed student and was quite poor. My student loan covered my tuition and my rent and I could only budget about twenty bucks or so each week for food (too proud to apply for food stamps). I did my grocery shopping in the Bay Terrace shopping center and I felt some uncharitable feelings towards the owners of those luxury cars parked in the lot. I used to derive comfort from the gospel verses in which Jesus would speak to the poor and appear to condemn the rich. After all, it was Jesus who said that the poor were blessed (Matt. 5:3), that a camel could pass through the eye of a needle easier than a rich person could enter the Kingdom (Matt. 19:24) and that people should sell what they have and give it to the poor (Matt. 19:21). My thinking on this began to change as I read other verses. I believe that the central point is made when we hear Jesus say “You cannot serve two masters. Either you will love the one and hate the other or you will be devoted to one and despise the other. You cannot serve both God and money”. This verse, from Matthew 6:24, is telling us that it is the love of and service to the Kingdom of God, irrespective of our circumstances, that brings us happiness and peace. In using these words, Jesus is saying something very specific to those who are comfortable in this world, to those who face problems and to the overwhelming majority of us who experience both of these in our lives.

So, what is Jesus saying to those who have much in this world? The problem has never been that people have good things in their lives. The problem has always been that people do not see these things as blessings, they fail to enjoy them as God intends and they certainly fail to share them with others. The story is always the same. People sometimes see good things in their lives as things to which they are entitled based on talent, hard work and education. It is one short step downhill for them to look down upon those who have less than they have. It is one small step further downhill to compare themselves unfavorably to those who have more than they have. They feel they cannot be winners unless they die with all the toys. From here, people will develop feelings of anxiety, anger and depression. As these feelings become chronic, people will travel along one of two paths. Some will go on the psychiatric path and call people such as myself to arrange for psychotherapy and/or seek a referral to a psychiatrist to get a prescription for a drug that costs more than a thousand bucks a month, has more side effects than benefits and will inevitably fail to solve the problem. The majority of these people will self-medicate through self-destructive behaviors such as overeating, compulsive shopping, gambling, sexual misconduct, workaholism, alcoholism and drug abuse. How did all of this misery get started? The wheels came off at the very beginning when these people chose to serve the wrong master. They chose money over God. Jesus saw this phenomenon coming two thousand years ago and He has been right all along.

So, what is Jesus saying to those who face problems in this world? I would like to share with you three gospel verses that have gotten me through many a dark night of the soul. The first comes from Matthew 6:25-31 in which Jesus speaks about worrying. We are told that the birds of the air do not reap or sow yet the Father provides for them. The flowers of the field are of less value than we and they are clothed in finer garb than ever worn by Solomon. We are told that tomorrow will have troubles of its own and that sufficient for the day is its own troubles. Jesus is not telling us to ignore the demands of life. He expects us to pay the bills, feed our families and take care of everyday tasks. He is telling us to not allow these concerns to so preoccupy us that we become distracted from our central purpose in life. I have been guilty of this on many occasions as I have often spent more time worrying about the mortgage payments rather than focusing on my relationship with God and that is precisely the point that Jesus is making. The second verse was the subject of the sermon in our church on the Sunday of Labor Day weekend. We hear Jesus say in Matthew 11:28 that we should come to Him when we feel weary and burdened. He assures us that His yolk is easy and that His burden is light. Life’s problems are much easier when we “yolk” or “connect ourselves” to Christ. The third verse is found in Matthew 13 in the famous Parable of the Sower. In this story, a farmer spreads seeds on the ground. Some of the seeds fall upon fertile soil and others fall along the wayside or among rocks and thorns. Jesus tells the disciples that the seeds that fell on fertile soil are like a person who loves and understands the Kingdom of God. Our baptism is like the planting of a spiritual seed. God nourishes this spiritual seed through such things as the inspiration of the Spirit, the church and lives led and fed by prayer, word and sacrament. Through this nourishment, we develop strong spiritual roots which enable us to withstand the storms of this world and yet remain focused on our relationship with God. These are some of the ways that Jesus has taught us to be at peace in this world even when times are hard.

So, what does Jesus have to say to those of us whose lives are filled with good and bad times? The most dramatic aspect of my entire life is in its extreme ups and downs. I have had a career, a family and a church that is second to none. I know what it is like to swim in the waters of St. Thomas with my family, take our kid to DisneyWorld and to pull Deacon Debbie out onto the dance floor several times a week. I also know what it is like to lay on an operating table over forty times in my life, take over twenty five doses of meds each day and to be rushed to the emergency room at LIJ in the back of an ambulance. The vacations were much more fun than the trips to the operating room but I know God is closest when I need Him the most. I am not in desperate need for the presence of God on the dance floor (our dance coach thinks otherwise) but I was certainly in need of His presence in the back of that ambulance.  I used to feel that my life was bizarre in this regard until I began to seriously read the bible. You may already know that the bible is the best selling book of all time. One of the many reasons for this is that its pages are filled with stories of people who found God during the hardest of times despite the ups and downs. Jesus knew what it was like to enter Jerusalem during the last week of His life to the sounds of cheers. He was slaughtered a few days later. Paul knew what it was like to meet the Risen Lord face-to-face as well as to found and nourish churches throughout the Roman Empire throughout his three missionary journeys. He also knew what it was like to be shipwrecked, imprisoned and to deal with something he called his “thorn in the flesh”. No one can say for sure what this “Thorn” was but there has been some suggestion that Paul may have had a problem with his vision. What Paul does tell us (2 Corinthians 12:7-9) is that he called out to God on three occasions and was told by God that His grace was sufficient. That is the point of this reflections article. God is always closest when we need Him the most. His grace is always more than sufficient. Always.

So, what is Jesus saying to the Colonial Church? As a relatively new member, I would like to point out something that long-time members may take for granted. I notice that I am greeted warmly and by name when I enter the church. We pass the peace a short while later and I am again greeted warmly. I notice that, at the coffee hour, people are sharing fellowship and that laughter is a common sound. Coming from a church where none of this was true, I used to wonder why all of you were so happy! I know that each person I greet during the passing of the peace has a life that has been filled with success and stress, triumph and trial as well as glory and grief. Yet, there we are, week after week, smiling and passing the peace. I believe that this is so because the Colonial Church understands the key to happiness given to us by Christ. We share our blessings and our troubles. We try our best to be the corporate living Body of Christ on earth. we know that God is always closest when we need Him the most. We know that His grace is always more than sufficient. Always

I pray that the peace of Christ will dwell within us for all eternity. God bless.