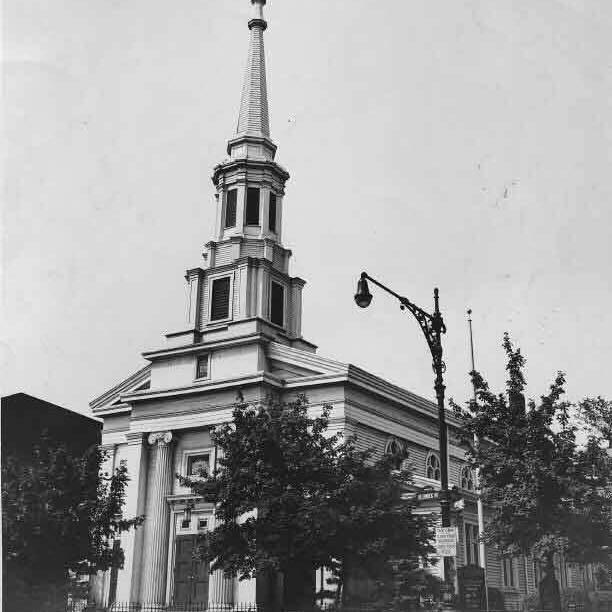 When the Rev. James Steward arrived to pastor South Bushwick Reformed Church in Brooklyn in 2013, the congregation was just trying to hang on. A tornado had hit the historic building some years earlier, and restoration had never been fully completed. “We were open on Sunday for service. That was it,” Steward says. “There was a mindset of maintaining.”

Today, this diverse family of faith is finding new life in ministry. Five or six days a week, you’ll find the church bustling with activity. Its ministries in the arts have expanded, as has its effort to address one of the most pressing issues facing its community: immigration. To Steward, this is what it means to be a neighborhood church. “We’re here for the community,” he says. “We’re here to help and be the hands and feet of God.”

South Bushwick Reformed Church’s demographic makeup — Caribbean, African-American, Hispanic, white — reflects the rapidly changing neighborhood of Bushwick as well as the broader borough of Brooklyn, which is one of the most ethnically diverse places in the United States. The gentrification of the neighborhood has brought a new infusion of young white people. In some communities, that might stir tension. But the sensitivity with which several of these new worshippers have engaged their congregation has instead brought new cohesion.

“Music is a big part of it,” Steward explains. Several of the relatively new members of the worship band, including the drummer, two guitarists, and a violinist, are white. The band has made a concerted effort to reflect the cultures of the broader congregation in their set lists. They have chosen Caribbean gospel songs and led the congregation in singing in Spanish. “Everybody has been able to participate in things in a new way.”

Music, along with the visual arts and drama, have also been a significant means for outreach in a part of Brooklyn that has become known for its artistic bent. Several days a week, it hosts a community music-education program that features musicians affiliated with the Juilliard School and Baruch College. Neighborhood actors and artists also use the church as a performance space and exhibition venue.

Another transformative boost to community engagement at South Bushwick Reformed: Its decision to dually affiliate with the United Church of Christ, through the innovative Reformed Association recently created by the UCC’s New York Conference in conversation with the RCA’s Regional Synod of New York. Through this mechanism, congregations reaffirm their commitment to the RCA while also affiliating with the UCC. For South Bushwick, this has been a win-win.

The genesis of South Bushwick’s dual-affiliation journey began with Latinx members of the congregation coming to Pastor Steward for help. “One day after service, they came to me and said, ‘Pastor, this has to be a safe space, a sanctuary church,'” he recalls. They said that they had undocumented family and friends who might not have a place to go in the event of an immigration crackdown. “We don’t know what to do,” they said. “The church is the only place we can come.”

“The most important thing to the members is, How can it help us do ministry better?” Steward says. Dual affiliation allowed access to resources available through the UCC but not the RCA. “Through the Conference, we were able to get programs. We were able to get legal-aid lawyers and immigration services that deal with housing and education.” On Monday evenings, the church now hosts English-as-a-second-language courses. About half of the attendees are people from outside the congregation.

Steward says that South Bushwick Reformed still has much work to do. He understates things when he says “there are issues with our building,” a grand 1853 Greek-Revival structure with Ionic columns that was added to the National Register of Historic Places in 1982. The steeple and roof need thousands of dollars of work. The clapboard siding could use repair, and the paint on the outside is peeling.

“But we’ve done a pretty good job of keeping the inside,” Steward says. The same could be said of the heart of this congregation. “We are a welcoming, open congregation,” he adds. “We’re here to serve.”