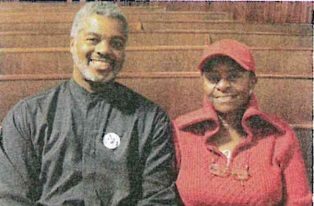 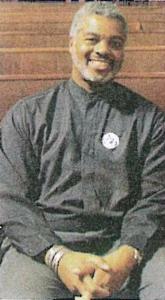 A January 24 article on RCA.org featured Jackson’s work as a clergy liaison with the NYPD. Neighborhood officers recently joined in a neighborhood fun day near First Reformed Church of Astoria. There, Jackson introduced kids to the captain.

“Great relationships between police and civilians are important for a community’s health,” according to the RCA.org article: “Partners in Crime Prevention. “A poll of New York residents found that the more they interact with law enforcement, the more they trust police. This matters because when civilians and police trust each other, it’s easier to address the systems and policies that make communities unsafe. Working together with civilians and neighborhood leaders like Jackson also helps police better understand and address the needs of their community. This strategy is called community policing, and it looks a lot like Jackson’s approach to outreach as a pastor.”

Jackson believes the work of the church is not just for within the building. He is a clergy liaison to the NYPD, participates in community events, and ministers at the Astoria Senior Center. Jackson’s work at the senior center is featured in the March 2017 “rca TODAY.”

Jackson’s Bible study at the senior center finished early one day. Some of the seniors’ grandchildren needed help with their math homework; Jackson, who has a bachelor of science in electrical engineering, volunteered to help the students. Later, one of the seniors asked him to teach them math so that they could help their grandchildren with homework, too. Now, Jackson holds weekly math classes for seniors.

To read Partners in Crime Prevention, the January 24 article on RCA.org about Rev. Dwayne Jackson’s work with the community and police department, click here.

If you would like to suggest any ministries to be lifted up in the Your RSNY newsletter, please contact Amy.