What similarities are found in holy books of different faiths?

In response to rising religious tensions, two friends – one Muslim and one Christian – recently published “The Qur’an – with Reference to The Bible” (Bridges of Reconciliation). The new English translation of the Quran shows 3,000 parallel references to the Bible, according to the Religion News Service. This week’s clergy discuss commonalities among the sacred texts of the world’s three great monotheistic religions.

A common belief is that God’s will is found in Scripture, which we should study for guidance. The Torah, the Gospels and the Quran teach that we can speak to God in prayer, that God hears our prayer and responds to it. God has revealed his will to the prophets to guide mankind. Muslims believe in all prophets mentioned in the Torah and also in Jesus, as stated in the Quran in verse (2:136): “Say, we believe in God and that which has been revealed to us, and what was revealed to Abraham and Ishmael and Isaac and Jacob and the tribes and in what was given to Moses and Jesus, and in what was given to the Prophets from their Lord; we do not make any distinction between them.” The three faiths trace their origin to Prophet Abraham, father of monotheism, the belief that God is one, is the creator of the universe and is the source of moral laws. God loves people and wishes to guide them to a good life, away from error, but he has given man free will. The Quran and Bible teach that there is a choice between good and evil, and we must strive to live by moral principles in order to seek the pleasure of God. There is going to be a final judgment resurrection and an afterlife. The moral imperatives of the Ten Commandments are taught in the Quran, although they are not listed in the same way as in the Bible. 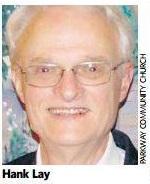 Judaism, Christianity and Islam have a shared history, claiming common roots in Adam, Noah and Abraham. Therefore, some of their major teachings are similar. They are found in the Hebrew Bible, the Christian Scriptures and the Quran. The books of all three religions teach that God is One, the creator and sustainer of life. The multiplicity of gods worshipped by humans comes from human arrogance and folly. All teach their humanity’s chief purpose is to be in a right relationship with God. They each use words of “love, service, worship, obey” to convey the demand and all-embracing nature of that relationship. Life is about our relationship with God and not human satisfaction or achievement. All three teach the importance of human community and the care of one’s neighbor. We live in communities and have obligations toward one another. God commands charity and compassion, justice and mercy, among believers and towards those who live in our midst, even if they are nonbelievers. These core teachings and many others link us together. A question in facing all three faiths is, “How large is the circle of my community?” Does it include other faith traditions, those similar and those different? What does God demand from me regarding my “neighbors?” The answers will shape our life together on planet Earth.

Twenty years ago, Bill Moyers opened the eyes of all those who watched “Genesis,” a PBS 10-part series about the biblical book. I was an avid fan, learning from a fascinating exploration of the stories of this first book of the Hebrew Bible by Jewish, Christian and Muslim scholars and clergy. From these experts, I came to understand that our sacred Scriptures, the Five Books of Moses and the Quran have many stories in common. Our shared respect for Abraham/Ibrahim as a major force within each faith certainly gives us a basis for much discussion. Many Jews are comfortable looking at our biblical ancestors as family and are therefore willing to emulate their attributes while learning, as well, from their faults. We rely on commentaries, ancient and modern, to help us understand our texts. We ask questions such as, “Why would Abraham argue with God over the fate of Sodom and Gemorrah and yet willingly submit to God’s wish that Abraham sacrifice Isaac?” In my most recent revisit to this portion of the Bible, I thought about Abraham questioning God’s sense of justice regarding Sodom. No such question arose for Abraham around Isaac’s binding, yet this story remains difficult. We often speak of the Judeo-Christian tradition, but Jews share as much with Muslims as we do with Christians. The Quran contains the teaching that whoever saves one life saves the entire world (Quran 5:32) and Jewish teaching contains the same text in our post-biblical set of laws, the Talmud, in Tractate Sanhedrin 37a.