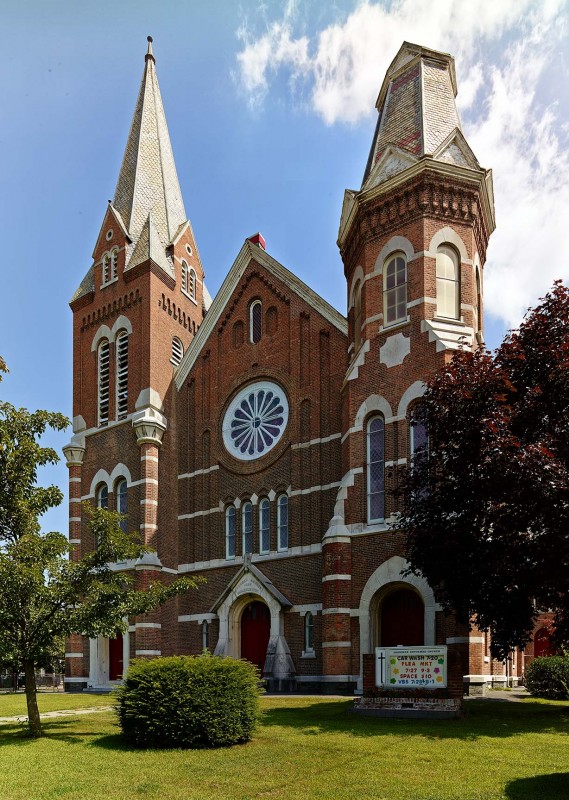 Orange Classis encompasses very different congregations spread across rural communities and urban ones, big towns and small, in New York and Pennsylvania. The Reformed Church in America has deep roots here, going back hundreds of years. Today, most of Orange Classis’s congregations are small in number, but they’re also exemplifying big hearts through their recent efforts to grow in ministry and service.

Part of the burst of energy and initiative comes from new Classis President Zachary Pearce, a 27-year-old elder at Deerpark Reformed Church in Port Jervis. “The Lord has called us to be disciples and make disciples,” he says. His favorite Scripture is Matthew 19:26, where Jesus famously says, “For mortals it is impossible, but for God, all things are possible.”

That spirit of possibility is opening the classis up to new challenges and new initiatives that stretch their faith and reach in their communities. Earlier this year, an existing ministry at Warwick Reformed Church for members of the Latino community was expanded to Deerpark Reformed. The Deerpark Spanish-language service now meets each Sunday at 5 p.m. Both the Warwick and Deerpark Spanish-language ministries are led by Rolfi Elvio.

Pearce, along with Pete Newman, an elder at Bushkill Reformed Church, has also initiated the exploration of a new church plant in the classis. “What this plant looks like, where it’s located, who’s going to lead it–those are all open questions,” Pearce says. He believes the process of discernment will be an opportunity not just to expand the RCA’s witness in this area but also a chance to stoke spiritual growth for all involved. “When we journey out in faith,” he says, “God does great things.”

A third initiative: In December, Regional Synod minister for revitalization and renewal, will be traveling to Orange Classis to do an informational session about the Ridder Church Renewal program. Ridder has proved instrumental in deepening relationships in congregations across the RCA, and Pearce says there’s strong interest in the classis in examining how it might work in this context.

“We have a seminar scheduled [with] Greg Town (RSNY’s Minister for Renewal and Revitalization). We’re going to do an informational event on Ridder in December,” said Pearce. “I don’t think all of the churches will do it, but I know there are at least four to six that are interested in learning more about the process. If we saw significant movement for those communities, plus a successful church plant, I think that would be the beginning of a strong future for our classis.”

Join us in praying for our siblings in Orange Classis as they seek God’s leading in all these areas. “Pray for how the plant might go,” Pearce asks. “Pray for the Spirit to be at work.” Indeed, we trust in the confidence that the Spirit is always at work-and we thank God for the opportunity to be a part of it.