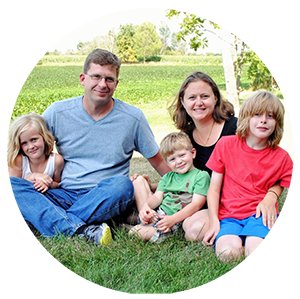 A few months ago, Joshua Bode, the pastor of Woodstock Reformed Church in Woodstock, New York, had the opportunity to serve communion at the Protestant Church of Oman (PCO). As one after another of the 600-plus worshippers came forward, the collective image struck Bode. “It was amazing,” he says. The congregation came from dozens of nations and walks of life — construction workers from Bangladesh; nurses and domestic aides from the Philippines; bankers and doctors from Nigeria and India, Egypt and England. “It was like the Kingdom of God on earth.”

That they should gather as part of a 125-year-old congregation in a sultanate on the Arabian Peninsula’s southeastern corner speaks to the enduring work of the RCA in Oman. In a matter of months, Bode hopes to join that line of witness, as the new pastor of the Protestant Church of Oman. “I’ve always believed that the mission in Oman is one of the best things that the Reformed Church does on earth,” he says. “It’s a place where we’re getting it right — both mission in a non-dominating, service-driven way and connection with the future of Christianity through the global church.”

RCA members first began coming to Oman in the early 1890s as doctors, nurses, and teachers. As the predominantly Muslim country has developed and grown, the RCA’s presence has been a faithful constant. It’s been welcome too: The denomination’s missionaries helped lay the groundwork for Oman’s modern medical system and did important work in education. Donald and Eloise Bosch, medical missionaries who arrived in the 1950s, were held in such esteem that the Sultan honored Donald with membership in the Order of Oman, the highest-possible civilian honor, and both Bosches were granted Omani citizenship.

The Protestant Church of Oman is an unusual congregation with three campuses, a couple thousand attendees, and a unique partnership between the RCA and the Anglican Church. Layer in an overwhelmingly non-Christian setting, and you have a challenging, fascinating ministry environment that points to much of the future of the universal church. “The future of Christianity is not as a Western religion,” Bode says. “The interfaith context is of global importance. How do we – as Christians in an American setting, where we have the privilege to tune out the world if we want to – get around to being able to think globally?”

The challenges of pastoring such a diverse congregation aren’t lost on Bode. The lay leadership, like the people in the pews, hails from many nations, with many different cultural contexts and styles of communication and interaction. “How can you get people from a couple dozen countries to possibly function together? That is a crazy thing,” he says. “The very cultural diversity that plays a very special role in the institution is also the thing that makes it challenging.”

Yet beneath those differences in nationality and ethnicity, Bode has also identified some unexpected commonalities in the congregation. Their church culture, for instance, is what he calls “a global, evangelical piety. It reminds me of how I grew up in West Michigan,” says Bode, who is from Hudsonville and graduated from Western Seminary. “They love Jesus. They pray before dinner. Their kids go to SundaySchool.”

For Bode and his wife, Erica, the call to Oman is also a call to live out their values — as Christians and as parents. Their children are 9, 7, and 3 years old. He notes that it actually wasn’t until he and Erica were discussing the possibility of Oman that they realized that they shared a core desire for their family: “To give our kids and ourselves an opportunity for this kind of formation, which transcends our chauvinistic, parochial world.”

Bode, a past moderator of the Commission on Church Order, also hopes to serve as a bridge between people of the RCA in North America and this mission that has persisted for well over a century. Part of this work involves both embodying and telling a story about a mission that looks vastly different from common stereotypes. “This is not a mission where we go drill fifty wells,” he says. “For 125 years, the RCA has been developing this legacy of neighborliness and trustworthiness, and because of that, Christians can worship freely. It’s a mission of presence. It’s a mission of witnessing through love of neighbor. And it’s a ministry of reconciliation, all the time.”

Another part of this work involves helping to re-examine, with care and loving critique, the place of the North American church in the world. “We’ve got to figure out how to relate to the global church and what to do with our historical privilege and power,” he says. “We’ve got to figure that out as Christians. And for me and Erica, this is us trying to do our little part.”

But there’s one other task he and Erica must complete before they and their family can relocate: They must raise just over $100,000 in recurring pledges, because they are being sent to Oman as RCA missionaries. Right now, they’re not quite halfway to that financial goal.

Difficult as it can be to build that base of financial as well as spiritual support, there is grace and beauty in the endeavor, too. The Bodes will depart for this new home and call knowing that they don’t go alone.

To support Bode’s mission to Oman with a recurring or one-time gift, please visit www.rca.org/give/oman-joshua-and-erica-bode.