Elmsford church closing at the end of this year 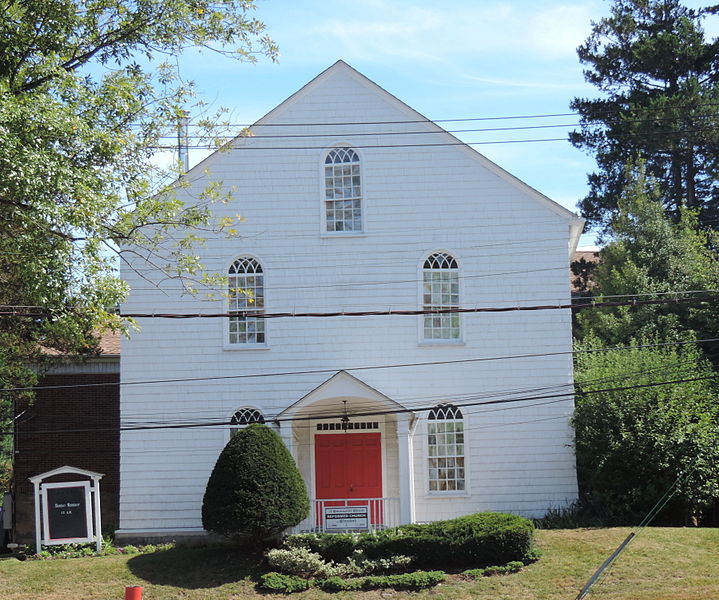 For 225 years, a two-story, wood-frame building with white-shingle siding and a bright red door has stood serenely in the Saw Mill River Valley, on the east side of the road that parallels the water. It was unmoved as the land took on new names — Storm’s Bridge, then Hall’s Corners, and finally Elmsford. It changed little as the one-square-mile village underwent tremendous economic transformation and demographic change. It signified constancy — and rightly so, because those who gathered in that building on Sunday mornings, the people of Elmsford Reformed Church, have worshiped a constant, faithful God.

On December 31, Elmsford Reformed Church will mark a bittersweet milestone. Though the building will stay — it is listed on the National Register of Historic Places — the congregation will worship together there for the last time. This church is closing.

Part of this is simply a function of numbers. It has been forty years since Elmsford Reformed Church could stage a full Christmas pageant. “When I was growing up, we had Mary and Joseph, three wise men, an angel, even someone as a sheep,” says Gayle Woehrle, an elder at the church. “We had enough.”

Fourteen people are still on the membership rolls, but seven are inactive. Nobody has joined the church since 2008. On holiday Sundays, attendance has averaged 15 worshipers, and on a good non-holiday Sunday, seven. Some summer Sundays, there have been three, two, or even just one, and since the church hasn’t had a pastor since 2011, the elders would often preach. This past August, the church just took a hiatus. “Putting one person up in the pulpit would mean there weren’t really any in the church,” says Martha Torresi, who has been a member for over fifty years.

But never mistake small numbers for a lack of vitality. The Rev. Don Heringa, who served as Elmsford’s interim minister for eleven years until 2011, recalls a dynamic congregation that welcomed new ideas. “They liked innovation,” he says. “They were wide open.”

He fondly remembers, for instance, that he had to be creative after realizing that, though the congregation no longer had any children, the adults really liked the simplicity and directness of the children’s sermons. “What I decided to do was something we called Stump the Chump,” Heringa says. The few minutes that had been devoted to the children, “I said, ‘OK, give me any question on Bible or theology, and you’ll see if you can stump me, and I’ll see if I can give you a good answer.”

There were consistent efforts to reach out to neighbors in Elmsford, which is heavily Catholic. “Lord knows we tried,” says Joan Brunner, who has worshiped at Elmsford Reformed since the early 1950s and wed her husband, Bob, at the church in 1958. For a time, new arrivals in town would get a personal letter. Heringa says of the church members: “They never lost energy or desire.”

“This has been a family,” says Gayle Woehrle. She was baptized, confirmed, and married at the church, her parents and grandparents belonged, her daughters were baptized and confirmed there, and the Brunners are her aunt and uncle.

But Woehrle means “familial” in a different sense: The members have been there for each other, through all the seasons of life and all the demands of community and communion. “The people are, I think, mostly the reason I stayed so long,” Torresi says. “They are so kind and so willing to help anytime.”

There is grief in the closing, but there is also immense gratitude — for the years of shared life and for God’s guidance through it all. The church building will stand as a material witness to that. It will testify not only to this unique history but also to the faithfulness of God,  who called this community together to love, to bless, and to serve.

Elmsford Reformed Church’s final service will be held at 2 p.m. on Sunday, December 31. The church is located at 30 South Central Avenue, Elmsford, New York 10523. All are welcome.