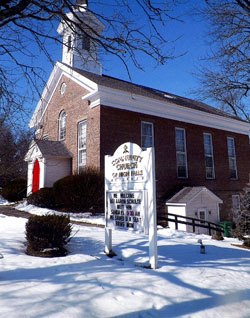 This News Story is about an event that has already taken place. Please keep checking newyorksynod.orgfor similar events and other upcoming opportunities. You may also subscribe to the Regional Synod of New York weekly email by clicking here.

In 2017, Community Church of High Falls is celebrating the 150th anniversary of the dedication of their church building at 4 Firehouse Road in High Falls, New York. To honor their history and commemorate this special occasion, a special service is set for Sunday, January 15 at 9:30a. All are welcome!

The congregation traces its roots back to 1701 in a log cabin of the present Rochester Reformed Church. Then 210 years ago, in 1807 twenty-five men petitioned the Classis of Ulster to form an independent church, forming the Reformed Dutch Church of the Clove. The brick church was later completed in High Falls in 1867.

Building the new church had been an act of faith, demanding hard work and valued funds. In May of 1866, just eight months before the new church would be dedicated, a committee of four men presented plans for the new church: “A church was to be built 38 feet by 52 feet with 18 foot ceiling, foundation wall 11 feet for a basement 34 feet square basement to be of stone and church wall of brick.” The cost was estimated to be $4,800, with the ladies of the church donating an additional $725 for furniture and the bell. 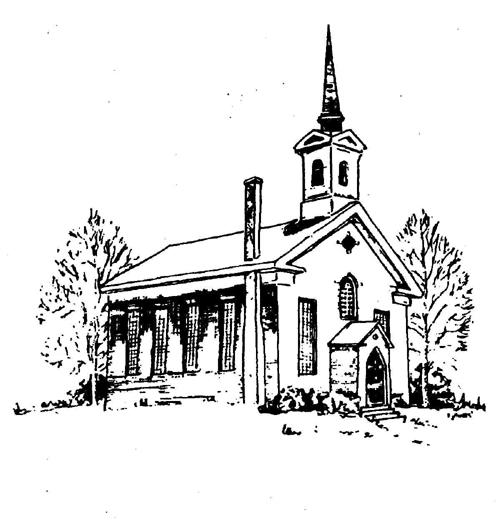 On July 8, the farewell sermon was preached at the old church so that the building could be disassembled and pieces could be incorporated into the new building. The flooring, ceiling beams, seats, and pulpit from the old church were used. The final cost was $5,325 – all of which was subscribed. On January 15, 1867, the morning was clear, the temperature was -18 and the church was filled half an hour before the service was even scheduled to begin. On that cold day in January, a pastor from Poughkeepsie preached on Haggai 1:8: “Go up to the mountain and bring wood, and build the house: and I will take pleasure in it, and I will be glorified, saith the Lord.”

More recently, the church organized as the High Falls Reformed Church in November 1962, and became known as the Community Church of High Falls in 1972.

After the special service on January 15, there will be a coffee hour and discussion by Bill Merchant, from the D&H Canal Museum about the connection between the canal and the churches and communities along its route, as well as other interesting historical facts. Other noteworthy services planned at the church are the June 25 recognition of 210 years as The Reformed Dutch Church of the Clove and a Homecoming Celebration on August 13.