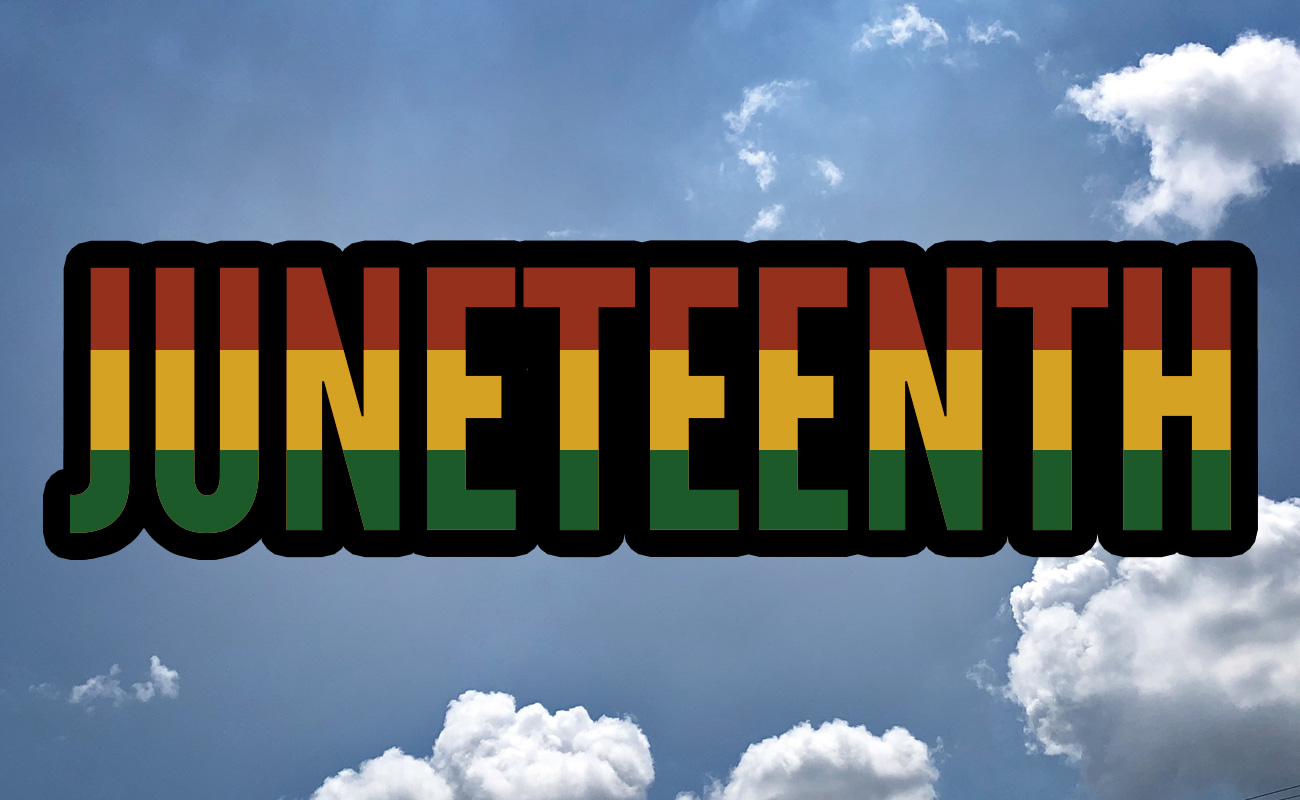 I remember the first time someone asked me, “what is Juneteenth?” It was over twenty years ago when I showed up at a picnic in my black tee shirt with bold white letters on the back, “Juneteenth.”  While the shirt was a bit of an advertisement, I was still startled by the question.  Later I realized that while Juneteenth was celebrated by many African Americans the day was still unfamiliar to many.

So, what is Juneteenth?

Juneteenth — a blending of the words June and nineteenth — is the oldest regular US celebration of the end of slavery.

According to Smithsonian, Schomburg and other historians, on “Freedom’s Eve,”  the eve of January 1, 1863, the first Watch Night Services in African American communities took place. On that night, enslaved and free African Americans gathered in churches and private homes all across the country awaiting news that the Emancipation Proclamation had taken effect. At the stroke of midnight, prayers were answered.  All enslaved people in Confederate States were declared legally free. What a sight this must have been, union soldiers, many of whom were Black, marching onto plantations and across cities in the South reading small copies of the Emancipation Proclamation spreading the news of freedom in Confederate States.

Many reasons are given for the delay…some said that it was because President Lincoln enacted the Emancipation Proclamation before the war ended, others said, that Confederate slaveholders in Texas did not want to give up their human property, and it was highly believed by some that in some cases, enslavers withheld the information until after harvest season.

However, news did finally reach the slaves in Texas on June 19, 1865, when approximately 2,000 Union troops arrived in Galveston Bay, Texas.  Although rumors of freedom were widespread prior to this, actual emancipation was not announced in the last state practicing enslavement until General Gordon Granger came To Galveston and issues General Order #3 which started with:

“The people of Texas are informed that in accordance with a Proclamation from the Executive of the United States, all slaves are free. This involves an absolute equality of rights and rights of property between former masters and slaves, and the connection heretofore existing between them becomes that between employer and hired laborer.”

I can just picture slaves working in the fields, going about their everyday duties when they saw troops riding in, those not in the fields getting knocks on their shack doors of the news of freedom.   Upon hearing the news, the former slaves immediately erupted into shouts of joy and spontaneous celebration!  In Texas, Juneteenth is considered the first recorded African American celebration. The celebrations that followed the reading of the proclamation by General Gordon Granger began a tradition that has lasted for one hundred and fifty-five years, and today is hosted in cities across America and beyond.

The Smithsonian website says, “Juneteenth marks our country’s second Independence Day. Although it has long been celebrated in the African American community, this monumental event remains largely unknown to most Americans.”  The question is why? Have our history books failed us?

While Juneteenth is still largely unknown, in recent years we are seeing change and more awareness.  And with President Biden on Thursday, June 17, 2021, signing into law a measure that makes Juneteenth, a federal holiday we are well on the way to seeing this Holiday get the attention it deserves.

Hopefully, Juneteenth will now be seen not as just Black history but American history.  That it will be a time when we as a People will reflect on our past, our failures, our pain, our victories, and our hope for even a better future and a better America.  I like what Desmond Tutu says about we are all in this together, he says, “My humanity is bound up in yours, for we can only be human together.” In a Juneteenth celebration in 2015, President Obama said, “Juneteenth has never been a celebration of victory, or an acceptance of the way things are. Instead, it is a celebration of progress. It is an affirmation that despite the most painful parts of our history, things do get better. America can change”.  Juneteenth will in no way minimize our appreciation and celebration of the 4th of July.  Like many I believe that the two holidays will complement each other.

Join me this Juneteenth in making this a day to celebrate the resilience of African Americans, a day to reflect, raise awareness and  see how together we can continue to work to reach the place of equality, equity, and inclusion.